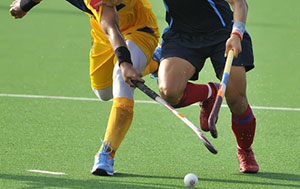 USADA announced today that Pamela Spuehler of Chula Vista, CA, an athlete in the sport of field hockey, has tested positive for a prohibited substance and accepted a suspension for her doping offense.

Spuehler, 25, tested positive for Canrenone, a diuretic, as the result of an out-of-competition sample collected on September 14, 2011. Diuretics are prohibited under the USADA Protocol for Olympic and Paralympic Movement Testing and the International Hockey Federation (FIH) anti-doping rules, both of which have adopted the World Anti-Doping Code and the World Anti-Doping Agency Prohibited List.

Spuehler accepted a two-month period of ineligibility, which began on September 28, 2011, the day USADA received notice of the adverse finding, and will end on November 30, 2011. As a result of the sanction, Spuehler is also disqualified from all results obtained on or subsequent to September 14, 2011, the day her urine sample was collected, including forfeiture of any medals, points and prizes.