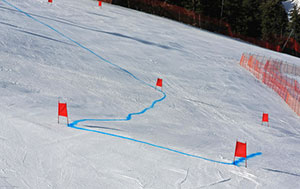 USADA announced today that Mark Bathum of Bellevue, Washington, an athlete in the sport of Paralympic Alpine Skiing, has tested positive for a prohibited substance and has accepted a public warning for the anti-doping rule violation.

Bathum, 52, provided a urine sample on September 20, 2010, during an out-of-competition test that resulted in an adverse analytical finding for Acetazolamide. Acetazolamide is a prohibited substance in the class of Diuretics And Other Masking Agents under the USADA Protocol for Olympic and Paralympic Movement Testing and the International Paralympic Committee (“IPC”) anti-doping rules, both of which have adopted the World Anti-Doping Code (“Code”) and the World Anti-Doping Agency Prohibited List.

Although the substance is prohibited under the applicable rules, an athlete who provides documentation in advance of competition, confirming the diagnosis of a valid medical need, may receive an exemption allowing the use of the substance. At the time of the test, Bathum did not have an exemption to use Acetazolamide. Not long after being notified of his adverse analytical finding, Bathum was granted a Therapeutic Use Exemption (“TUE”) by IPC. However, under the applicable rules, athletes are to have obtained a TUE prior to using prohibited substances in order to avoid an anti-doping rule violation.  Accordingly, Bathum promptly accepted a public warning as the result of this rule violation.