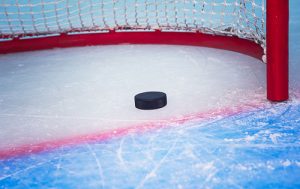 USADA announced today that James Connelly of Germania, NJ, an athlete in the sport of Paralympic sled hockey, has tested positive for a prohibited substance and accepted a suspension for his doping offense.

Connelly, 20, tested positive for tetrahydrocannabinol acid, a marijuana metabolite in the class of Cannabinoids, in a sample collected on March 21, 2009 at the 2009 U.S. Paralympic Team Game vs. Canada. Cannabinoids are listed as Specified Substances and are prohibited under the USADA Protocol for Olympic and Paralympic Movement Testing and the International Paralympic Committee Anti-Doping Rules, both of which have adopted the World Anti-Doping Code and the WADA Prohibited List. Cannabinoids are listed as Specified Substances because they could be susceptible to a credible non-doping explanation, and therefore use of those substances can result in a reduced sanction.

Connelly accepted a three-month period of ineligibility, which began on April 23, 2009, the day he accepted the sanction. As part of his sanction, the period of ineligibility was suspended and reduced to time served since he accepted a Provisional Suspension on April 20, 2009, after his completion of an anti- doping educational program, which he completed on April 23, 2009. As a result of the doping violation, Connelly has been disqualified from all competitive results achieved on March 21, 2009, the date of his positive test, through and including the date the doping education program was completed, including forfeiture of any medals, points, and prizes.