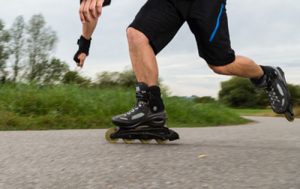 USADA announced today that Brandon Barnette, of Saint Charles, Missouri, a Roller Sports athlete, has committed an anti-doping rules violation and accepted a suspension for the offense.

Barnette, 25, a member of the USADA Registered Testing Pool, which consists of a select group of athletes subject to certain whereabouts requirements in order to be located for USADA Out-of-Competition testing, failed to comply with the whereabouts requirements and, as a result, accrued three Whereabouts Failures within an 18-month period. Under the USADA Protocol for Olympic and Parlympic Movement Testing and the International Federation for Roller Sports, both of which have adopted the World Anti-Doping Code (“Code”), the combination of three Whereabouts Failures within an 18-month period constitutes an anti-doping rules violation. A Whereabouts Failure includes failure to provide required quarterly whereabouts filings (Filing Failure) and failure to be available for testing during a 60 minute window designated by the athlete (Missed Test). Barnette accrued one Filing Failure and two Missed Tests within 18 months.

Prior to being enrolled in the USADA Registered Testing Pool, athletes, including Barnette, are required to complete the USADA  Athlete’s Advantage online tutorial, which  explains to athletes in detail their responsibilities as members of the Pool, including their obligations to comply with the whereabouts requirements. Barnette promptly acknowledged his failure to comply with the whereabouts rules and, consistent with the Code, accepted a one-year period of ineligibility, which began on May 10, 2010, the day he accepted a provisional sanction. As a result of the violation, Barnette has been disqualified from all competitive results achieved on and subsequent to March 12, 2010, the date of his last Whereabouts Failure, including forfeiture of any medals, points, and prizes.

In an effort to  aid  athletes, as well as all support team members such as parents and coaches, in understanding the rules applicable to them, USADA provides comprehensive instruction on its website on the testing process and prohibited substances, how to obtain permission to use a necessary medication, and the risks and dangers of taking supplements as well as performance-enhancing and recreational drugs. In addition, the agency manages a drug reference hotline, Drug Reference Online (www.GlobalDRO.com), conducts educational sessions with National Governing Bodies and their athletes, and proactively distributes a multitude of educational materials, such as the Prohibited List, easy-reference wallet cards, periodic newsletters, and protocol and policy reference documentation.