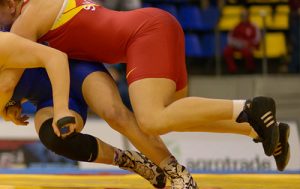 USADA announced today that Stephany Lee of Colorado Springs, Colorado, an athlete in the sport of wrestling, has tested positive for a prohibited substance and accepted a suspension for her doping offense.

Lee, 27, tested positive for tetrahydrocannabinol acid, a marijuana metabolite in the class of Cannabinoids, in a sample collected on April 21, 2012 at the U.S. Olympic Trials in Iowa City, Iowa. Cannabinoids are listed as Specified Substances and are prohibited under the USADA Protocol for Olympic and Paralympic Movement Testing and the International Federation of Associated Wrestling Styles (FILA) anti-doping rules, both of which have adopted the World Anti-Doping Code and the WADA Prohibited List.

Lee accepted a one year period of ineligibility, which began on April 21, 2012 the day of her positive test.  This is Lee’s second doping violation, having previously tested positive for tetrahydrocannabinol acid in 2009. As a result of this violation, Lee has been disqualified from all competitive results achieved on and subsequent to April 21, 2012, the date of her positive test, including forfeiture of any medals, points, and prizes.

“I apologize to USA Wrestling, my teammates, my coaches and everyone who supported me for my mistake.  I will continue to train, and hope to be able to represent my country at the 2016 Olympic Games,” said Lee after accepting her sanction.