USADA staff work directly and indirectly with elite athletes in the Olympic and Paralympic movements to support their clean careers. As former and current athletes themselves, some USADA staff have an intimate knowledge of and can directly relate to the complexities of life as an elite international competitor.

Three USADA employees are no strangers to living life as world-class athletes and keenly understand all of the rights and responsibilities that go along with that lifestyle. 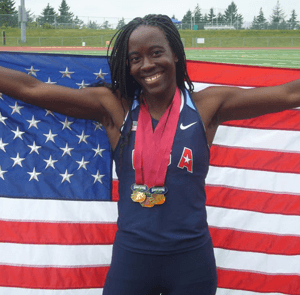 LaDonna Reed (LR) is the Olympic Education Specialist and is a source of anti-doping knowledge, finding a variety of ways to help athletes, coaches, and national governing body (NGB) contacts understand their roles, rights, and responsibilities regarding anti-doping policies and procedures. 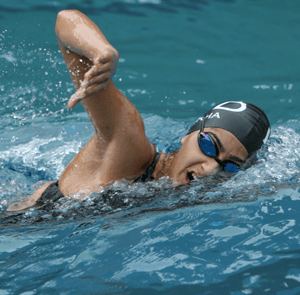 Shikha Tandon (ST) is USADA’s Science Program Lead, assisting in the daily operation, development, and maintenance of the resources critical to the science team. She is also responsible for managing the processes related to USADA’s Therapeutic Use Exemption (TUE) procedures. 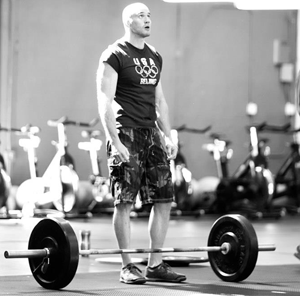 Andrew Morrison (AM) is the director of USADA’s Sport Testing & Resource division, supporting the management of three teams dedicated to USADA’s testing program for the USOC, USADA’s Doping Control Officers (DCOs) and sample collection process, and all contract testing initiatives.

The trio shared the details on their athletic backgrounds, what anti-doping was like when they were competing, and life after sport.

What sport(s) did you compete in?

LR: I started in gymnastics at the age of 6 because the school called my mom saying they feared I would get hurt swinging on the monkey bars. I continued with gymnastics all the way to college. After a year and a half of gymnastics at Cal State Fullerton, I switched to track and field and competed as a heptathlete (seven events). I now compete in the Masters division for USA Track & Field doing the 100 meters, long jump, javelin, and shot put.

ST: I represented India in swimming from 1996-2010. (Editor’s note: Shikha competed in Athens at the 2004 Summer Olympics and has won 146 national medals, 36 in international competitions, and still holds two national records).

What is your proudest athletic achievement?

LR: Like most athletes, dealing with injuries is sometimes part of the game. I had foot surgery in 2010 and the doctors told me I would not be able to run again. I was in a foot boot for most of 2011. My will to train again over-powered the disability I had to deal with and got me back on the track. After only two local competitions, I went to Nationals and won third place in the long jump. I called it my ‘comeback kid’ moment!

ST: Being the ONLY swimmer to represent India at the 2004 Athens Olympics.

What are the biggest differences between the drug testing process from when you were tested as an athlete versus the process now?

LR: When I was tested in college, I never had anti-doping education. I had no idea what substances they were testing for. I do remember it took me five hours to produce my first sample. Now, working at USADA, I feel proud that I can head out and educate athletes about the drug testing process so they don’t experience the ‘shock and awe’ that I did during their first testing experience.

ST: There aren’t major differences in the drug testing process from the time I was tested [as an athlete] versus now. In India, however, we did not have easy access to resources where we could check the status of our medications. Anti-doping education and knowledge of the WADA Prohibited List and testing procedures came primarily from our coaches.

AM: I think that testing has become a much more prominent aspect of sport. Playing club rugby in Scotland 10 years ago, we never got tested, and only a couple of guys were tested from the representative teams. However, as I still keep in touch with a few of the guys who are playing today, it is apparent that more testing is occurring at these lower levels, which I believe is a good thing for the sport.

What is the most important lesson you have ever learned from sports?

LR: Whether I was competing locally or internationally, I have learned that sport brings together all walks of life. Even if you don’t understand each other’s language, a smile, high five, thumbs up, or pat on the back after a race is understood by all. Clean athletes know what it means to compete at this level and all of the hard work and sacrifice that goes into each practice and training.

ST: Time management- I have always had to find a balance between academics and sports, especially through college and graduate school. Athletes learn to pack more into a day than most other people do!

AM: There is no substitute for hard work. It prepares you mentally and physically for the challenges you face on (and off) the field.

What was the toughest thing and the best thing about the transition from a field (or pool) to a desk?

LR: I’ve always stayed active and saw how it could be comfortable to go to a restaurant for lunch with your coworkers instead of going to the gym during your break. However, every time I leave the track or the gym [after working out], I know the hard work will pay off. Showing my children the medals I won at a competition is priceless!

ST: The toughest part was trying to figure out what I wanted to do once my competitive career was over. The best part was figuring it out and actually landing a job in that field!

AM: I think that it was tough to get the same feeling of accomplishment at work as when competing (and winning) on game day. At the desk there is no final whistle and the challenge of competition is not as apparent, so I needed to find ways to stay motivated and keep plugging away at the work. I think that this is also the best thing that I have found in my transition. I have learned to appreciate the different, yet real, challenges and rise to them. I have recognized that I am still part of a team and that my teammates rely on me to deliver in a similar capacity to my role on the field. In addition, I realized that I needed to continue to set lofty yet attainable goals that I want to achieve.

Do you still do any form of training or competing?

LR: I no longer do gymnastics, but will occasionally bust out a handstand in the gym. It’s a great shoulder strength exercise and I still do the splits to maintain my flexibility. I still compete in track and field, and currently, I am ranked second in the United States [at the Maters level] in the javelin, for my age group.

ST: Ever since moving to Colorado, I’ve been keeping myself active with various outdoor activities. I’m a big nature fan so running and hiking are at the top of the list so far.

AM: In the past, I have competed in a number of Sprint and Olympic distance triathlons, frequently placing in the top three of my age-groups (25-29 and 30-34) over the last five years. This is my second year competing in CrossFit, after being exposed to the sport about three years ago. Much of the training I do in CrossFit is directly relatable back to my training as a rugby player: high intensity, anaerobic work. (Editor’s note: Andy competed in the 2013 CrossFit Games Southwest Regionals as part of the team event in Salt Lake City, Utah).

Do you think you could remain compliant in the Registered Testing Pool (RTP)?

LR: [laughs] I believe I could. I would employ family and friends to remind me about my whereabouts and updating USADA. Being in the RTP would also motivate me to know I am representing my family and country.

AM: I think so. It would definitely be an adjustment to file whereabouts and remember to send updates when my schedule changes, but I think it would be manageable.

What piece of advice would you give to athletes nearing the end of their competitive careers?

LR: Give back to the community by getting involved with local sport programs. Keep the children of America active and teach them how they, too, can learn life lessons through sport.

ST: To transition from sports to a corporate environment can sometimes be a challenge; but the beauty about sport is that it teaches so many life lessons that can be translated into everyday life. While the competitive aspect of an athlete’s career might be nearing the end, there are components of the athletic career that will always carry forward. The key is to embrace that and associate yourself with a career that you enjoy.

AM: First, get involved in things outside of your athletic careers early. Your competitive career may only last a short time, and any exposure you get to opportunities outside of training and competition will (1) give you some idea as to what you might be interested in doing after your competitive career, and (2) make any transition into another field easier and more natural.