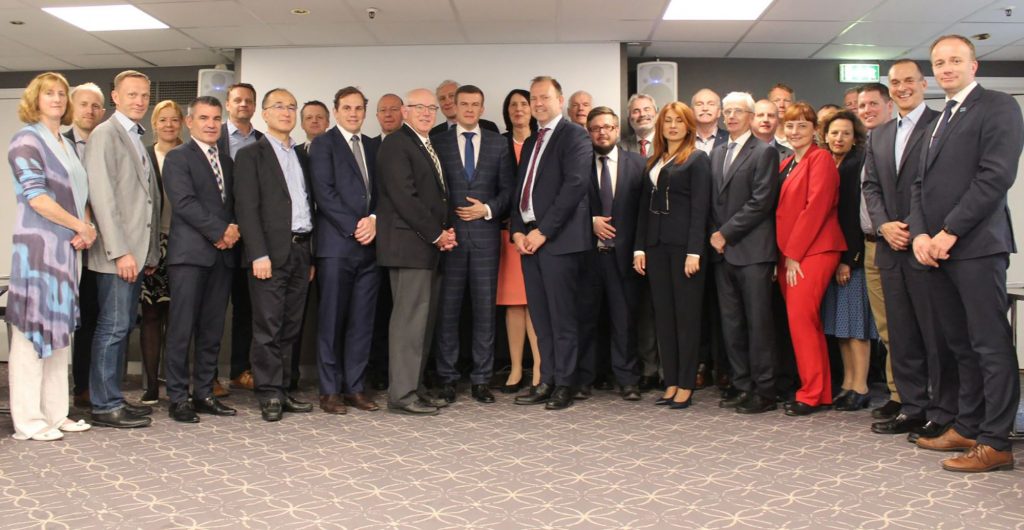 The leaders of 19 National Anti-Doping Organizations (NADOs) came together for a summit in Oslo, Norway this week to review positive progress on key anti-doping issues while reaffirming the need to restore athlete confidence and strengthen the future of the anti-doping movement.

Poland’s Minister of Sport and Tourism Witold Bańka, in his first formal engagement since his nomination for the position of WADA President, was warmly welcomed and voiced his support and appreciation of the substantial expertise and contribution NADOs make to the fight against doping. NADO leaders voiced their expectations and concerns to Minister Bańka, as well as his planned vision and initiatives, that best serve the interests of clean athletes and restore confidence in the integrity of the anti-doping movement.

Following recent successful examples of collaboration between NADOs and law enforcement that have led to uncovering sports fraud, NADO leaders strongly encourage all governments to develop and pass national legislation consistent with the World Anti-Doping Code and Standards that aids in the fight against doping such as:

The NADO leaders are grateful to WADA for providing an update on the active Russian investigation and preparation of many cases originating from the retrieval of the Moscow laboratory data and samples. NADOs support WADA in continuing to ensure that no stone is left unturned in investigating and prosecuting all possible anti-doping rule violations, providing ongoing updates and full transparency.

The group acknowledged the first positive steps in WADA governance reform and continue to encourage further fundamental reforms which promote WADA, as the global regulator, to become more independent, transparent and to adopt best governance practices further supporting the general principles of the 2016 Copenhagen Reform Proposals.

The fight for clean sport and protection of clean athletes through robust anti-doping programs remain the guiding light of NADOs. Athletes from around the world gathered in Oslo and shared with the NADO leaders their views on the importance of the athlete voice in decision making and contribution to the collaborative fight for the integrity of competition and clean sport. The NADO Leaders stand in unison with these athletes in agreement that no athlete should be harassed or bullied for speaking truthfully about their rights to fair sport. WADA should hold themselves to the highest standards of behavior to promote a respectful and safe culture.