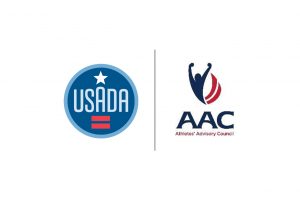 The United States Olympic and Paralympic Committee Athletes’ Advisory Council (AAC) and the U.S. Anti-Doping Agency (USADA) are honored to have been invited to the first-ever ONDCP anti-doping forum including Olympic and Paralympic athletes, the USOPC, AAC, USADA, and U.S. corporate sponsors held on Friday, November 12, 2021.

This summit, hosted by newly confirmed Dr. Rahul Gupta, Director of the Office of National Drug Control Policy (ONDCP) on behalf of the Biden/Harris Administration was attended by nine top Olympic and Paralympic athletes, representatives of the USOPC, AAC, and USADA, as well as nine prominent sponsors of the Olympic and Paralympic movement, and other key stakeholders. The AAC and USADA stand with the U.S. government in calling for meaningful reform for the global anti-doping system and the governance of the World Anti-Doping Agency (WADA) and greatly appreciate the opportunity provided by the forum to engage with those who invest heavily into the Games to ensure they truly fulfill the promise of the Olympic and Paralympic dream.

The productive two-hour discussion centered on important WADA reforms that ensure the global playing field is level and fair for athletes around the world. To achieve this the AAC and USADA firmly believe that WADA must exercise total independence from those with a financial or political interest in sport, and that independent athletes are provided voting seats at the decision-making table.