A javelin thrower, Kara Winger is a three-time Olympian and member of USA Track & Field. She’s been subject to anti-doping rules and testing for more than 10 years, during which time she’s become very familiar with her rights and responsibilities as an athlete, as well as the importance of knowing and exercising those rights.

In a recent interview, she shared her experience with testing and explained why athletes should know and employ their rights and responsibilities.

Question: How did you get into javelin? What do you love about it?

Question: When did you first hear about anti-doping?

Kara Winger: I guess I have always known about anti-doping. I wasn’t yet involved in track and field when all of the BALCO stuff happened, but I knew about it because it was huge news. So, to then enter a sport where that was a really big piece of news was strange, but it wasn’t a huge part of my consciousness. It’s nothing that I ever really think about until one of my friends gets a medal that was re-allocated. But I can’t remember ever not knowing about anti-doping.

Question: Can you describe your first anti-doping education experience?

Kara Winger: I first entered the anti-doping testing pool I think in 2006, so that would’ve been around the first time that I had education on the matter. I don’t really remember specifics about the education except that it was ‘don’t take drugs, be available for drug testing, the end.’ So, it seemed really simple to me. I think it’s gotten more complicated over the years, but the basic concepts are the same.

Question: Do you remember learning about athletes’ rights?

Kara Winger: I don’t remember learning about athletes’ rights from the get-go, but more so in the last five or six years. I already knew them, I was already aware that if I’m uncomfortable I need to say something. It’s just kind of a common-sense sort of thing, but it’s nice to have subsequently been told this is what you can do, these are the steps that you can take. 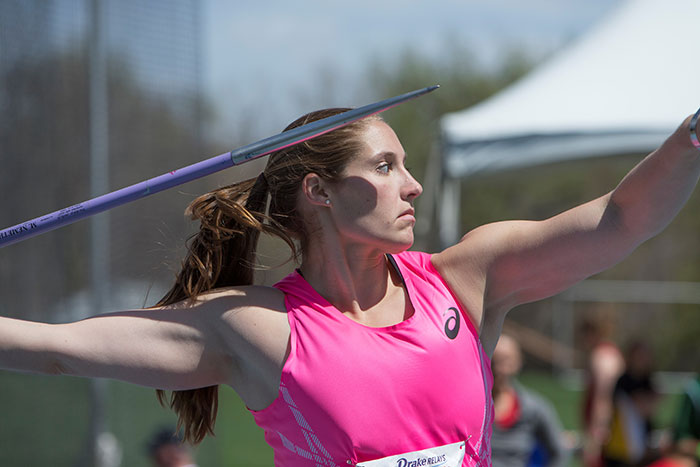 Question: Did any of those rights stand out to you?

Kara Winger: The right that always stands out to me is having a representative available, meaning your right to having somebody with you when you get tested. That’s only been a thing that I’ve been really grateful for in one instance, but that’s an experience that I always think about, so it’s clearly something that’s really important.

Question: How can athletes exercise their rights during a testing session?

Kara Winger: I think athletes can exercise their rights during a testing session by knowing them, first of all, and then being confident in the activation of those rights. It’s easy to feel like you’re not the boss in that situation – it’s a very vulnerable position to be in having someone watch you pee – but knowing why you’re doing it and knowing that you care about the cause of sample collection is something to keep in mind. You can speak up if you’re not comfortable or if you think that someone who is supposed to be upholding the laws of your sport isn’t doing it correctly.

Question: Why is it important for athletes to understand and exercise their rights during testing?

Kara Winger: I think it’s important to understand and exercise your rights during testing in order to provide samples that aren’t compromised in any way. If there’s something that makes you uncomfortable to the point that it might shed a bad light on you in the future, that’s your problem. You need to protect yourself by saying that you’re not comfortable or asking for somebody else to come in and intervene. At the end of the day, if someone mishandles your sample and you don’t say anything, you’re still the one who has to answer for that sample.

Question: What can athletes do if they feel like their rights have not been upheld?

Kara Winger: If you feel like your rights have not been upheld, contact USADA or the testing authority. Say something.

Question:  Why do you think anti-doping rules in general are important to sport? Why should athletes care?

Kara Winger: I think that anti-doping rules are important to sport because we all want to have a chance at greatness. You don’t become an Olympic athlete and just want to be okay, or in the middle, or see people who have cheated get the glory that you worked so hard for. A level playing field is really important…and knowing your rights as they relate to that level playing field. I wouldn’t participate in sport if I thought that it was massively unfair from an anti-doping standpoint.