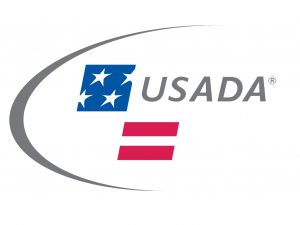 Beckie is becoming the most respected voice in anti-doping, speaking for the overwhelming majority of the global athlete community and reflecting their views like no other athlete worldwide. With her comments made to the BBC regarding the urgent need for radical reform of WADA and the anti-doping system, Beckie speaks for the overwhelming majority of not just the global athlete community but also millions of sports fans who are sick and tired of the fundamental flaws of WADA’s conflicted and out-of-touch governance and decision-making process.

Beckie speaks for the millions, the silent majority, when she says that the athlete voice is belittled and disrespected by WADA, the very organization that is meant to stand up for athletes, not against them. It is unacceptable for certain WADA Executive Committee Members to bully Beckie as she fights for her fellow athletes’ rights to a fair competition. It is unacceptable that the athlete voice is marginalized by those in charge of WADA and the IOC; and that is why there is now a deafening noise from the global athlete community for change, for an athlete-led anti-doping revolution as one athlete put it so aptly earlier this week.

Beckie could not be more in tune with the strong pulse of all those who value clean sport – and outside of the Olympic bubble – when she states that WADA Leadership has now become fully aligned with the Olympic Movement. As many others have said before, and as the evidence now clearly shows, the World Anti-Doping Agency has morphed into the International Olympic Committee in all but name. It is worth repeating loud and clear that it simply defies logic to have the very individuals whose role it is to promote sport, police it too. These sports administrators don’t want to witness the controversy in their sports that often comes with the exposure of doping. Simply put, now is the time for change.

The IOC tail is now unquestionably wagging the WADA dog, and that is not something anyone who cares about clean, fair sport wants to see. The show must not go on as it does today – and that is why we want to make it crystal clear to athletes that USADA will always stand with them and listen to their voices as we continue to push for a reformed WADA so that, for the first time, it starts to represent those we are supposed to serve: the athletes.