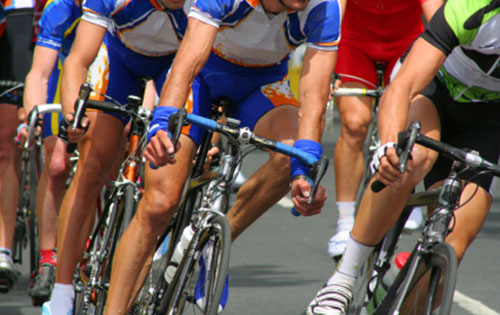 USADA announced today that an arbitrator from the American Arbitration Association (AAA) has rendered a decision in the case of cycling athlete, Ana Milena Fagua Raquira, of Tunja, Colombia, and has determined that Fagua Raquira should receive a four-year sanction for her rule violation.

Fagua Raquira, 24, provided a urine sample on July 19, 2015, at the Willow Springs Road Race in Willow Springs, Ill., as a part of the RaceClean Program that works to fight doping at both the elite and amateur levels of cycling.

Her sample tested positive for the presence of an exogenous Androgenic Anabolic Steroid (AAS) and/or its metabolites, which was confirmed by Isotope Ratio Mass Spectrometry (IRMS) analysis. Every urine sample that USADA collects is scrutinized under an Athlete Biological Passport (ABP) program that examines levels of multiple steroid biomarkers of doping. Specific samples that exhibit atypical qualities are then targeted for more sophisticated IRMS analyses, which can reveal the presence of synthetic AAS use.

Fagua Raquira’s four-year period of ineligibility began on October 9, 2015, the date her provisional suspension was imposed. As a result of the doping violation, Fagua Raquira’s results from the Willow Springs Road Race on July 19, 2015, have been disqualified.

In an effort to aid athletes, as well as all support team members such as parents and coaches, in understanding the rules applicable to them, USADA provides comprehensive instruction on its website on the testing process and prohibited substances, how to obtain permission to use a necessary medication, and the risks and dangers of taking supplements as well as performance-enhancing and psychoactive drugs. In addition, the agency manages a drug reference hotline, Drug Reference Online (www.GlobalDRO.com), conducts educational sessions with National Governing Bodies and their athletes, and proactively distributes a multitude of educational materials, such as the Prohibited List, easy-reference wallet cards, periodic newsletters, and protocol and policy reference documentation.

USADA is responsible for the testing and results management process for athletes in the U.S. Olympic and Paralympic Movement, including foreign athletes competing, training, or living in the U.S. USADA is equally dedicated to preserving the integrity of sport through research initiatives and educational programs.