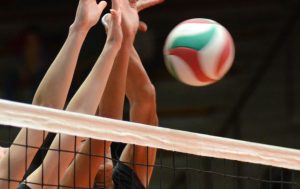 USADA announced today that Roderick Green, of Piedmont, Okla., an athlete in the sport of sitting volleyball, has accepted a nine-month sanction for an anti-doping rule violation after testing positive for a prohibited substance from a contaminated supplement.

Ostarine, also known as MK-2866 and Enobosarm, is a non-FDA approved selective androgen receptor modulator (SARM) that is illegally sold in the United States and worldwide as a performance-enhancing substance. Ostarine is not currently available as a prescription medication in any country, and its unauthorized use may carry serious side effects. Nonetheless, ostarine has been found as a declared and undeclared ingredient in many dietary supplements sold in the United States, which has prompted the U.S. Food and Drug Administration (FDA) to issue warning letters to specific dietary supplement manufacturers stating that ostarine is an unapproved new drug and that selling the drug is in violation of the Federal Food, Drug, and Cosmetic Act (FDCA).

During an investigation into the circumstances of the case, Green provided USADA with information about a supplement he was taking and USADA determined that ostarine, or any known synonym, was not listed on the Supplement Facts label. However, detailed analysis subsequently conducted on the supplement by the WADA-accredited laboratory in Salt Lake City, Utah, confirmed the presence of ostarine in the product, which has since been added to the list of high risk supplements maintained on USADA’s online dietary supplement safety education and awareness resource – Supplement 411 (www.supplement411.org).

The contaminated products rule set forth in the Code provides the opportunity for a substantial reduction in the otherwise applicable period of ineligibility if, as here, an athlete is able to establish a significantly reduced degree of fault or negligence for his or her violation, and that the prohibited substance in the athlete’s sample came from a contaminated product. Green’s nine-month period of ineligibility began on November 15, 2016, the date his positive sample was collected. In addition, Green has been disqualified from all competitive results obtained on and subsequent to November 15, 2016, including forfeiture of any medals, points and prizes.