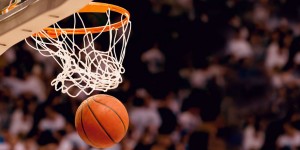 USADA announced today that Sarah Heinzl, of Tucson, Ariz., an athlete in the sport of wheelchair basketball, has accepted a public warning following her voluntary disclosure of an anti-doping rule violation.

Heinzl, 27, declared the use of a supplement containing the prohibited substance higenamine (but listed on the ingredients label under a different name) during an out-of-competition test on June 9, 2017. The results of that out-of-competition test were negative. Before being notified of the results of her test, Heinzl contacted USADA to report that, upon further investigation, she had discovered that the supplement she declared on her doping control form contained the prohibited substance higenamine. Subsequent testing of the supplement confirmed the presence of higenamine.

Higenamine is a Specified Substance in the class of Beta-2 Agonists and prohibited at all times under the USADA Protocol for Olympic and Paralympic Movement Testing, the United States Olympic Committee National Anti­Doping Policies, and the International Wheelchair Basketball Federation Anti-Doping Rules, all of which have adopted the World Anti-Doping Code and the World Anti-Doping Agency Prohibited List.