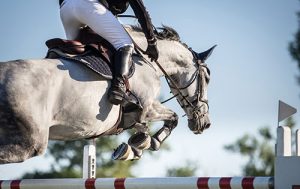 USADA announced today that Susan Dutta, of Wellington, Florida, an athlete in equestrian sport, has tested positive for a prohibited substance and accepted a public warning for her violation.

Dutta, 47, tested positive for the prohibited substance methylprednisolone as a result of an in-competition urine sample she provided on March 19, 2016, at the Global Dressage Festival 10 in Wellington, Florida. Methylprednisolone is a glucocorticosteroid prohibited in-competition by specific routes of administration under the United States Anti-Doping Agency (“USADA”) Protocol for Olympic and Paralympic Movement Testing (the “Protocol”), the United States Olympic Committee (“USOC”) National Anti-Doping Policies (“USOC NADP”) and the International Equestrian Federation (“FEI”) Anti-Doping Rules, all of which have adopted the World Anti­Doping Code (“Code”) and the World Anti-Doping Agency Prohibited List.

After a thorough review of the case, including Dutta’s medical records, USADA has accepted her explanation that the methylprednisolone was used to treat an emergency condition, not being used in an effort to enhance her performance, and that she was taking the prescribed medication out-of-competition in a therapeutic dose under the care of a qualified physician, however without a valid TUE.

In addition to accepting a public warning, Dutta has been disqualified from all competitive results obtained on March 19, 2016, the date her positive sample was collected, including forfeiture of any medals, points and prizes.