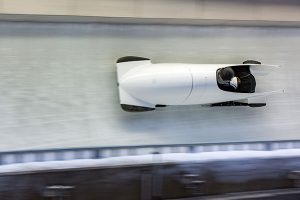 USADA announced today that Kevin Ives, of Tempe, Ariz., an athlete in the sport of bobsled, has accepted a one-year suspension for committing an anti-doping rule violation due to his failure to properly file whereabouts information.

Ives, 25, is a member of the USADA National Testing Pool, which consists of a select group of athletes subject to certain whereabouts requirements in order to be located for USADA Out-of-Competition testing. Ives failed to comply with the whereabouts requirements and, as a result, accrued three Whereabouts Failures within an 18-month period. Under the USADA Protocol for Olympic and Paralympic Movement Testing and the International Bobsleigh and Skeleton Federation (FIBT) Anti-Doping Rules, both of which have adopted the World Anti-Doping Code (Code), the combination of three Whereabouts Failures within an 18-month period constitutes a rule violation. A Whereabouts Failure for National Testing Pool athletes includes failure to provide required quarterly whereabouts filings and/or failure to be available for testing due to inaccurate or incomplete information provided by the athlete.

Ives one-year period of ineligibility, began on July 3, 2014, the date he accepted the sanction. As a result of the violation, Ives has been disqualified from all competitive results achieved on and subsequent to March 8, 2014, the date of his third Whereabouts Failure, including forfeiture of any medals, points, and prizes.