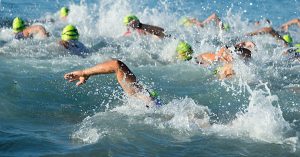 USADA announced today that Elizabeth Waterstraat, of Naperville, Ill., an athlete in the sport of triathlon, accepted a six-month sanction after testing positive for a prohibited substance from a contaminated dietary supplement.

Waterstraat, 43, tested positive for ostarine as the result of an in‐competition urine sample she provided at the Multisport National Championships Festival on November 11, 2018. Ostarine is a non-Specified Substance in the class of Anabolic Agents and prohibited at all times under the USADA Protocol for Olympic and Paralympic Movement Testing, the United States Olympic Committee National Anti-Doping Policies, and the International Triathlon Union Anti-Doping Rules, all of which have adopted the World Anti-Doping Code and the World Anti-Doping Agency Prohibited List.

Ostarine, also known as MK-2866 and Enobosarm, is a selective androgen receptor modulator (SARM) that is illegally sold in the United States and worldwide as a performance-enhancing substance. Ostarine is not approved by the U.S. Food and Drug Administration (FDA); it is not currently available as a prescription medication in any country; and its unauthorized use may carry serious side effects and is a threat to public health. Nonetheless, ostarine has been found as a declared and undeclared ingredient in many dietary supplements sold in the United States, which has prompted the FDA to issue warning letters to specific dietary supplement manufacturers stating that ostarine is an unapproved new drug and that selling the drug is in violation of the Federal Food, Drug, and Cosmetic Act. More information about the risks of ostarine can be found through a USADA athlete advisory.

Following notification of her positive test, Waterstraat provided USADA with information about a dietary supplement product she was using before and at the time of the relevant sample collection. Although no prohibited substances were listed on the supplement label, analysis conducted by the WADA-accredited laboratory in Salt Lake City, Utah, indicated that the product contained ostarine.

The presence of an undisclosed prohibited substance in a product is regarded as contamination and the determination that an athlete’s positive test was caused by a contaminated product may result in a reduced sanction. The product that led to Waterstraat’s positive test was added to the list of high-risk supplements maintained on USADA’s online dietary supplement safety education and awareness resource – Supplement 411 (www.Supplement411.org) after she purchased and began using the product. If athletes choose to use supplements despite the known risks, USADA has always recommended that athletes use only dietary supplements that have been certified by a third-party program that tests for substances prohibited in sport. USADA currently recognizes NSF Certified for Sport® as the program best suited for athletes to reduce the risk from supplements.

Waterstraat’s six-month period of ineligibility began on December 6, 2018, the date she received a provisional suspension. In addition, Waterstraat has been disqualified from competitive results obtained on and subsequent to November 11, 2018, the date her positive sample was collected, including forfeiture of any medals, points and prizes.

In an effort to aid athletes, as well as support team members such as parents and coaches, in understanding the rules applicable to them, USADA provides comprehensive instruction on its website on the testing process and prohibited substances, how to obtain permission to use a necessary medication, and the risks and dangers of taking supplements, as well as performance-enhancing and recreational drugs. In addition, USADA manages a drug reference hotline, Global Drug Reference Online (www.GlobalDRO.com), conducts educational sessions with National Governing Bodies and their athletes, and distributes a multitude of educational materials, such as an easy-reference wallet card with examples of prohibited and permitted substances, a supplement guide, a nutrition guide, an athlete handbook, and periodic alerts and advisories.