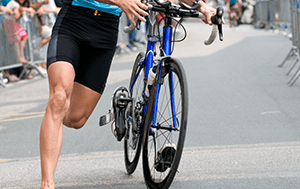 USADA announced today that Mark Fretta, of Colorado Springs, Colo., an athlete in the sport of Triathlon, has committed an anti-doping rule violation and received a sanction for his doping offense.

Fretta, 35, received a four-year period of ineligibility after variations in his individual longitudinal blood profile as well as other documentary evidence indicated the use of Erythropoiesis-Stimulating Agents such as Erythropoietin (“EPO”).  Erythropoiesis-Stimulating Agents are prohibited in the class of Peptide Hormones which are prohibited under the USADA Protocol for Olympic and Paralympic Movement Testing and the International Triathlon Union Anti-Doping Rules, both of which have adopted the World Anti-Doping Code (“Code”) and the World Anti-Doping Agency (“WADA”) Prohibited List.

USADA conducts longitudinal blood data collection and comprehensive scientific review to identify changes in biological parameters that may be indicative of doping. The program consists of collecting athlete samples to measure an athlete’s unique biological parameters, including, but not limited to, hemoglobin concentration, hematocrit, and percentage reticulocytes, over time to establish an individual longitudinal blood profile. Variations and fluctuations in these measurements when compared to an athlete’s own established longitudinal blood profile can be indicative of prohibited, performance-enhancing drug use, and can result in an anti-doping rule violation under the Code.

Fretta’s four-year period of ineligibility began on June 11, 2012, the date he accepted a provisional suspension.  As a result of the violation, Fretta has been disqualified from all competitive results achieved on and subsequent to August 18, 2010, the date USADA collected the first blood sample that was included in Fretta’s individual longitudinal blood profile.