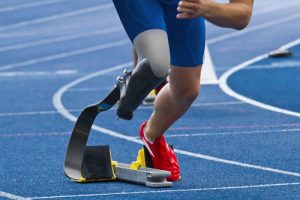 USADA announced today that Matthew Brown of Idalou, Texas, an athlete in the sport of Paralympic track and field, has tested positive for a prohibited substance and accepted a suspension for his doping offense.

Brown, 35, tested positive for tetrahydrocannabinol acid, a marijuana metabolite in the class of Cannabinoids, in a sample collected on June 17, 2011 at the 2011 U.S. Paralympic Track & Field National Championships in Miramar, Fla. Cannabinoids are prohibited under the USADA Protocol for Olympic and Paralympic Movement Testing and the International Paralympic Committee (IPC) anti-doping rules, both of which have adopted the World Anti-Doping Code and the WADA Prohibited List. Cannabinoids are listed as Specified Substances because they could be susceptible to a credible non-doping explanation, and therefore use of those substances can result in a reduced sanction.

As a result of the doping violation, Brown has been disqualified from all competitive results achieved at the 2011 U.S. Paralympic Track & Field Championships, where his sample was collected, through and including the date the doping education program was completed, including forfeiture of any medals, points, and prizes.