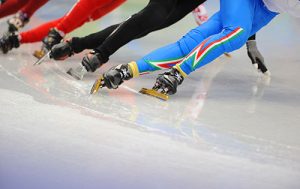 USADA announced today that Brett Perry, of Midvale, Utah, an athlete in the sport of speed skating, has tested positive for a prohibited substance and accepted a nine-month suspension for his offense.

Perry, 21, tested positive for Methylphenidate and its metabolite, Ritalinic Acid, as the result of an in-competition urine sample collected at the U.S. Olympic Trials on December 28, 2013. Methylphenidate is a stimulant prohibited in-competition under the USADA Protocol for Olympic and Paralympic Movement Testing and the International Skating Union (“ISU”) Anti-Doping Rules, both of which have adopted the World Anti-Doping Code (“Code”) and the World Anti-Doping Agency Prohibited List. Methylphenidate is classified as a Specified Substance, and therefore the presence of that substance in an athlete’s sample can result in a reduced sanction.

Perry was taking medication in a therapeutic dose under the care of a physician and although he disclosed that information during the sample collection, he did not follow the Therapeutic Use Exemption (TUE) requirements prior to competing.

Perry’s nine-month period of ineligibility began on December 28, 2013, the date the sample was collected. As a result of the violation, Perry has been disqualified from all competitive results achieved on and subsequent to December 28, 2013, including forfeiture of any medals, points, and prizes.