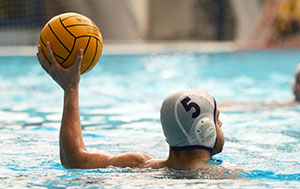 USADA announced today that Zachary Monsees of San Jose, California, an athlete in the sport of water polo, has tested positive for a prohibited substance and accepted a suspension for his doping offense.

Monsees, 25, tested positive for Carboxy THC, a metabolite of marijuana in the class of Cannabinoids, in a sample collected on May 22, 2010, at the Fisher Cup in Berkeley, California. Cannabinoids are listed as Specified Substances and are prohibited under the USADA Protocol for Olympic and Paralympic Movement Testing and the Fédération Internationale de Natation, the international federation for water polo, both of which have adopted the World Anti-Doping Code and the WADA Prohibited List. Use of Specified Substances, under certain circumstances, can result in a reduced sanction from the standard two-year period of ineligibility.

Monsees accepted a three-month period of ineligibility, which began on July 27, 2010, the day he accepted the sanction. The period of ineligibility was suspended and reduced to time served since he accepted his sanction, because he successfully completed a USADA anti-doping educational program on July 27, 2010.  As a result of the doping violation, Monsees has been disqualified from all competitive results achieved at the Fisher Cup, where his sample was collected, through and including the date the doping education program was completed, including forfeiture of any medals, points, and prizes.