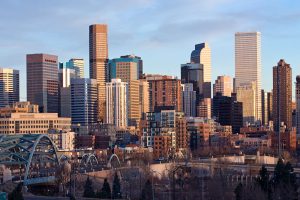 Denver, Colorado – Less than five months before the start of the 2018 Winter Olympic Games, seventeen National Anti-Doping Organization (NADO) leaders held a fourth special meeting since the 2016 Rio Olympic Games and addressed the International Olympic Committee’s continuing refusal to hold Russia accountable for one of the biggest doping scandals in sports history, saying IOC inaction imperils clean athletes and the future of the Olympic movement.

Over a two-day meeting, NADO leaders called on the IOC to ban the Russian Olympic Committee from participation in the 2018 Winter Games for proven corruption of the Sochi Olympic Games and continuing failure in its obligations to clean sport.

NADO leaders reaffirmed their commitment to provide consistent criteria for individual Russian athletes to compete, as neutrals and independent of the Russian Olympic Committee, for those who have been subject to robust anti-doping protocols, consistent with precedent established by the IAAF.

“The IOC needs to stop kicking the can down the road and immediately issue meaningful consequences,” NADO leaders said. “The failure to expeditiously investigate individual Russian athlete doping poses a clear and present danger for clean athletes worldwide and at the 2018 Winter Games. We have serious doubts that the 2018 Games will be clean due to the incomplete investigation of massive evidence of individual doping by Russians athletes at the 2014 Sochi Olympic Games and given the inadequate testing evidence of Russian athletes over the past four years.”

“The IOC and WADA must insist that Russia turn over this key additional evidence.  A full account and justice for clean athletes cannot be achieved without this information,” NADO leaders said. “The failure to properly investigate and prosecute free of sport-political influence those who violated anti-doping rules, breaks the trust with millions of clean athletes around the world.  This dereliction of duty sends a cynical message that those of favored, insider nations within the Olympic Movement will never be punished or held accountable, violating the fundamental covenant of fairness on which sport is based.”

With the potential effects of individual athlete investigations unresolved, the hopes and dreams of clean athletes worldwide hang in the balance. Less than 100 of more than 1000 possible cases of Russian doping have been closed and those appear to have been shut prematurely before the IOC or IFs have obtained complete evidence from the Moscow laboratory or interviewed the relevant witnesses.

“The mishandling of this Russia doping crisis has left the athletes of the world wondering if global anti-doping regulations have teeth and whether their fundamental right to clean sport matters,” the leaders said. “This is exactly why reforms are urgently needed now. The reforms outlined in the Copenhagen Reform Declaration will protect the progress that has been made in anti-doping and ensure a brighter future to prevent this type of scandal from ever happening again.”

The reforms outlined by the leaders support a strong, global regulator in WADA and an international commitment to totally independent anti-doping systems.  The changes put forth are not merely cosmetic but ensure WADA is governed with transparency, independence and free of conflict of interest  between those who promote sport and those who police it.  The NADO leaders steadfastly support the principle of true independence by ensuring that no decision maker from an anti-doping organization be allowed to hold a policy-making position within a sport or event.

Those in attendance and supporting the outcomes included anti-doping leaders from around the world, including: Austria, Australia, Canada, Denmark, Finland, France, Germany, Ireland, Japan, Netherlands, New Zealand, Norway, Singapore, Sweden, United Kingdom and the USA, as well as the Institute of National Anti-Doping Organizations, the international member association of National Anti-Doping Organizations. NADOs have the sole and unequivocal mandate to protect clean athletes, without conflicting responsibilities such as promoting sport.  iNADO’s 69 Members represent all Olympic Regions and conduct the majority of anti-doping work worldwide each year.