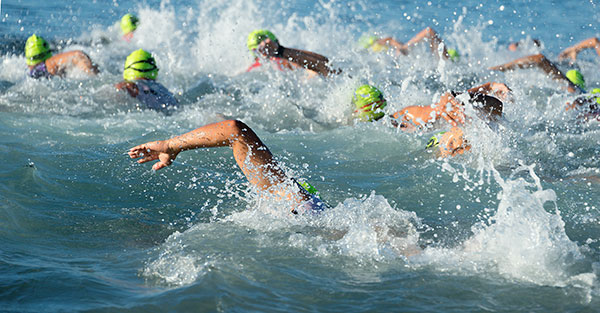 USADA announced today that Isidro Romero Noboa, of Key Biscayne, Fla., an athlete in the sport of triathlon, has accepted a four-year suspension for an anti-doping rule violation after testing positive for multiple prohibited substances.

Romero Noboa, 47, tested positive for the presence of an anabolic agent of exogenous origin and for 11-nor-9-carboxy-tetrahydrocannabinol (Carboxy-THC) above the urinary Decision Limit of 180 ng/mL, as well as anastrozole, clomiphene and its metabolite (M1), and GW1516 (GW501516) metabolites GW1516 sulfone and GW1516 sulfoxide, as the result of an in-competition drug test conducted at the USA Triathlon Multisport National Championships on November 10, 2019. His urine sample produced a result consistent with the exogenous origin of testosterone related metabolites using a specialized test that differentiates between anabolic-androgenic steroids (AAS) naturally produced by the body and prohibited anabolic agents of external origin. Anabolic agents have powerful performance-enhancing capabilities and can give an athlete an unfair advantage over fellow competitors.

Carboxy-THC is a urinary metabolite of Δ9-tetrahydrocannabinol (THC) and the main psychoactive constituent of cannabis, marijuana and/or hashish, all of which are Specified Substances in the class of Cannabinoids and are prohibited in-competition under the applicable rules.

Romero Noboa’s four-year period of ineligibility began on January 14, 2020, the date his provisional suspension was imposed. In addition, Romero Noboa has been disqualified from competitive results obtained on and subsequent to November 10, 2019, the date his positive sample was collected, including forfeiture of any medals, points and prizes.

In an effort to aid athletes, as well as support team members such as parents and coaches, in understanding the rules applicable to them, USADA provides comprehensive instruction on its website on the testing process and prohibited substances, how to obtain permission to use a necessary medication, and the risks and dangers of taking supplements (www.Supplement411.org) as well as performance-enhancing and recreational drugs. In addition, USADA manages a drug reference hotline, Global Drug Reference Online (www.GlobalDRO.com), conducts educational sessions with National Governing Bodies and their athletes, and distributes a multitude of educational materials, such as an easy-reference wallet card with examples of prohibited and permitted substances, a supplement guide, a nutrition guide, an athlete handbook, and periodic alerts and advisories.