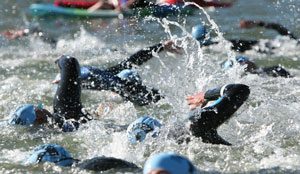 USADA announced today that Robert Radcliffe, of Salt Lake City, Utah, an athlete in the sport of triathlon, has accepted an 18-month sanction for an anti-doping rule violation stemming from USADA’s investigation into the online trafficking of prohibited substances.

Radcliffe, 37, admitted to the use, attempted use, and possession of synthetic erythropoietin (“EPO”) and human growth hormone (“hGH”), which he obtained through two separate websites between July of 2011 and May of 2014. EPO and hGH are substances in the class of Peptide Hormones and Growth Factors prohibited under the USADA Protocol for Olympic and Paralympic Movement Testing and the International Triathlon Union (“ITU”) Anti-Doping Rules, both of which have adopted the World Anti-Doping Code (“Code”) and the World Anti-Doping Agency Prohibited List.

Radcliffe’s period of ineligibility began on January 27, 2015, the date he first admitted to the anti-doping rule violation. In addition, Radcliffe has been disqualified from all competitive results obtained on and subsequent to July 1, 2011, the date he first admitted to making online purchases of prohibited substances, including forfeiture of any medals, points and prizes.

Radcliffe’s anti-doping rule violation was uncovered during USADA’s investigation into the Anemia Patient Group website and is the fourth sanction to result from the investigation. Radcliffe provided substantial assistance to USADA during its investigation as outlined in the Code. Due to that, he was eligible for a reduction of the otherwise applicable two-year sanction under the Code. The investigation is ongoing and may result in additional cases being brought against others. USADA has worked with law enforcement to cooperatively investigate cases and values their partnership in defending clean sport.