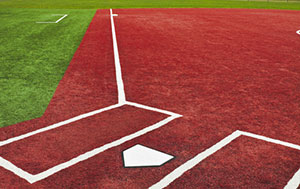 USADA announced today that, Tara Harbert, of Longmont, Colorado, an athlete in the sport of baseball, has received an eight year suspension for her first and second anti-doping rule violations.

Harbert, 33, tested positive for Tamoxifen and its metabolites, 3-hydroxy-4-methoxytamoxifen, 4-hydroxytamoxifen and N-desmethyltamoxifen, in out-of-competition samples collected on June 23, 2015 and July 6, 2015.  Tamoxifen is a prohibited substance in the class of Hormone Antagonists and Modulators. Harbert also failed to submit to sample collection without compelling justification on August 22, 2015. The finding of a prohibited substance in an athlete’s sample as well as the failure to submit to sample collection with compelling justification are independent anti-doping rule violations and are prohibited under the USADA Protocol for Olympic and Paralympic Movement Testing and the rules of the World Baseball Softball Confederation (WBSC), both of which adopt the World Anti-Doping Code.