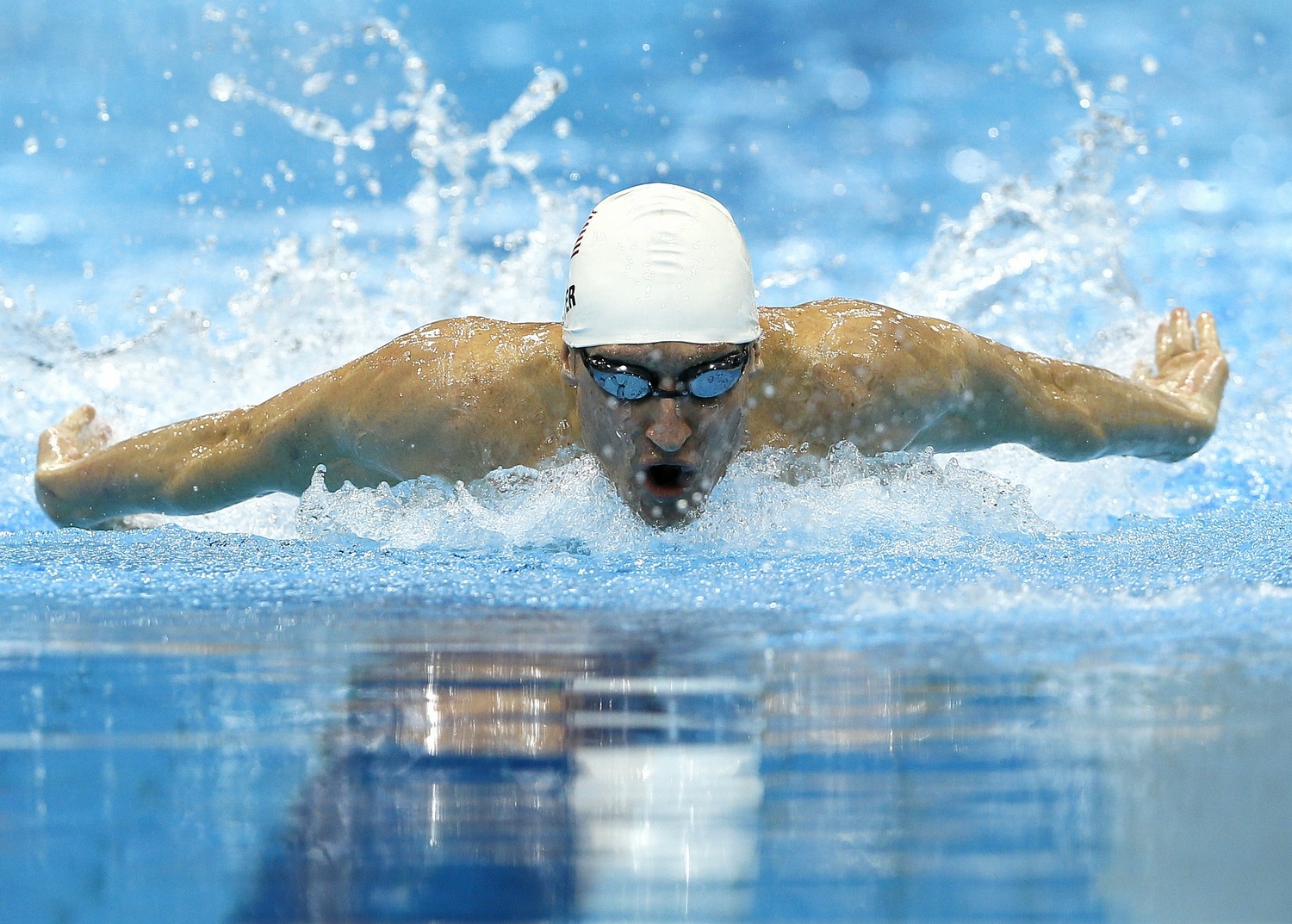 From tragedy in Afghanistan to triumph in London: How a Navy Lieutenant became the standard-bearer of courage for clean athletes around the world.

eep in an Afghan valley, Bradley Snyder thought he was dead. Sprawled out over explosion strewn dirt and leaves, the Navy Lieutenant could tell his arms and legs were intact. Impossible, he thought. A sure sign he was already gone. In blurred silence, Snyder, 28 years old, began to consider the life he had lived. He accepted his fate and wondered what was next. He hoped there was a heaven; he wanted to see his grandfather again.

It was the muffled sounds of his unit that brought him back to earth.

Beset by shock, Snyder was lifted by two of his fellow soldiers and carried away. Under the roaring blade of a rescue helicopter, Snyder’s acceptance descended into fear.  An explosive ordnance disposal officer, he had considered the possibility of stepping on an IED before. It was an occupational hazard of sorts. He had even gone so far as to prepare himself mentally for limb loss, death even. But this was different.

“I remember being in the helicopter and thinking that my body wasn’t communicating with my brain like it should,” recalls Snyder. I knew my limbs were okay, but I was worried my head was going to be messed up. I just couldn’t assess the damage. To be candid, I was so worried about traumatic brain injury, the possibility that I was blind never really occurred to me.”

Today, Snyder lives in Baltimore and somewhere in his new Canton home lies a box. In it, a Purple Heart and a gold medal sit incandescent. Four years on, he speaks candidly about that day in Afghanistan’s Panjwayi Valley. Unflinching, he recalls the two Afghan Special Forces officers, the black plume of smoke and the rush to help. He talks about the terrain, the irrigation ditch, the stone wall and the pressure plate that triggered the second bomb. It detonated less than five feet in front of him.

He talks about how the proximity from the blast saved his legs and torso, but not his face, which was lacerated by shrapnel. He talks about the madness, the sudden quietude and being able to see, briefly, before his vision failed and everything turned to black. He talks about the half a dozen surgeries, waking up in the hospital and hearing his mother at his bedside. He talks about the doctors and the moment he realized he would never again be able to watch the sun rise or the leaves change. He talks about what it means to have been that close to death, how it changes your perspective, and ultimately, how he made the most of his second chance at life.

Just a week and a half removed from the blast that robbed him of his vision, Snyder was on a treadmill. At three weeks and with two glass eyes, he ran a 5K. At six weeks – tired of being hospital bound and anxious for a new challenge – he started swimming again.

“I was so worried about traumatic brain injury, the possibility that I was blind never really occurred to me.” 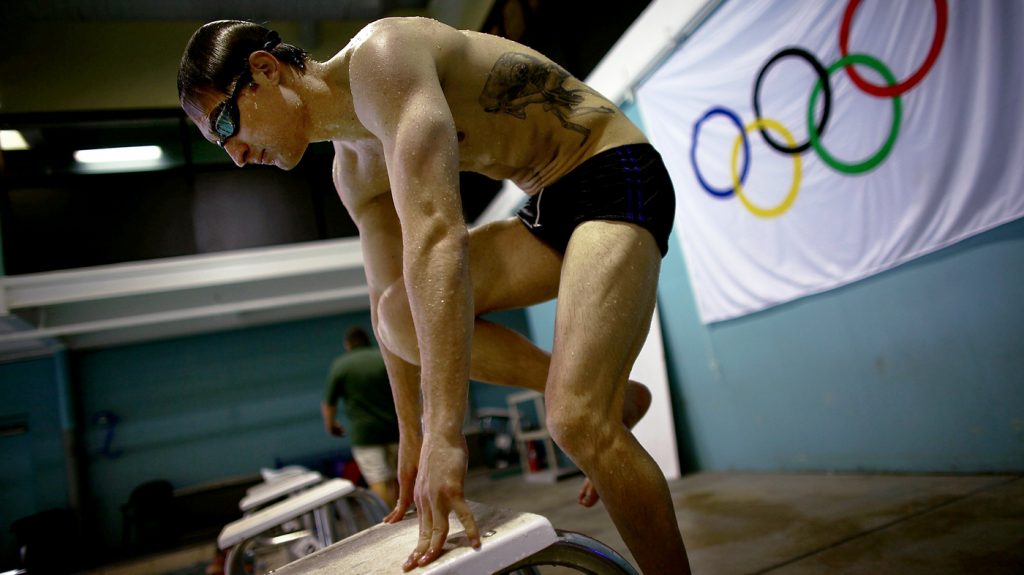 Just six weeks after stepping on an IED, Navy Lieutenant Bradley Snyder was back in the pool

By the time the phone rang, Snyder was desperate for something new. Rich Cardillo, the military outreach coordinator at the Association for Blind Athletes had heard Snyder’s story. He knew about his career as a junior swimmer while growing up in Florida and his role as team captain of the swim team while a Midshipman at the Naval Academy in Annapolis. He had also heard about the incident in Afghanistan and thought he could help provide Snyder with a new mission. It was Cardillo’s phone call that would change the trajectory of Snyder’s life.

“Honestly, in retrospect, I just wanted to get out of the hospital,” says Snyder, with a smile. “I hated the food there and I knew that if I was allowed to go swimming, I could probably get my hands on a subway sandwich. Obviously I love sports, but at the time, I really had no idea what was coming. I just wanted out of that building.”

“I really had no idea what was coming. . . I just wanted out of the hospital.”

Luckily for Snyder, the Association of Blind Athletes had a little money saved up for situations like his, and soon enough he was on his way west towards the snow-capped Rocky Mountains and Colorado Springs for his first competitive meet since college. It was a natural fit and from the moment Snyder leapt blindly in to the water that day at the Olympic Training Center, everyone in the natatorium knew his future was bright. Snyder knew it too. He had found respite in the pool.

In his very first swim, Snyder posted one of the top five times in the world.

Fueled by deep-rooted intensity and a renewed sense of purpose, Snyder then honed his gaze on the Paralympics, qualifying with room to spare. He was singular in his mission, relentless and unafraid. The stage was set. 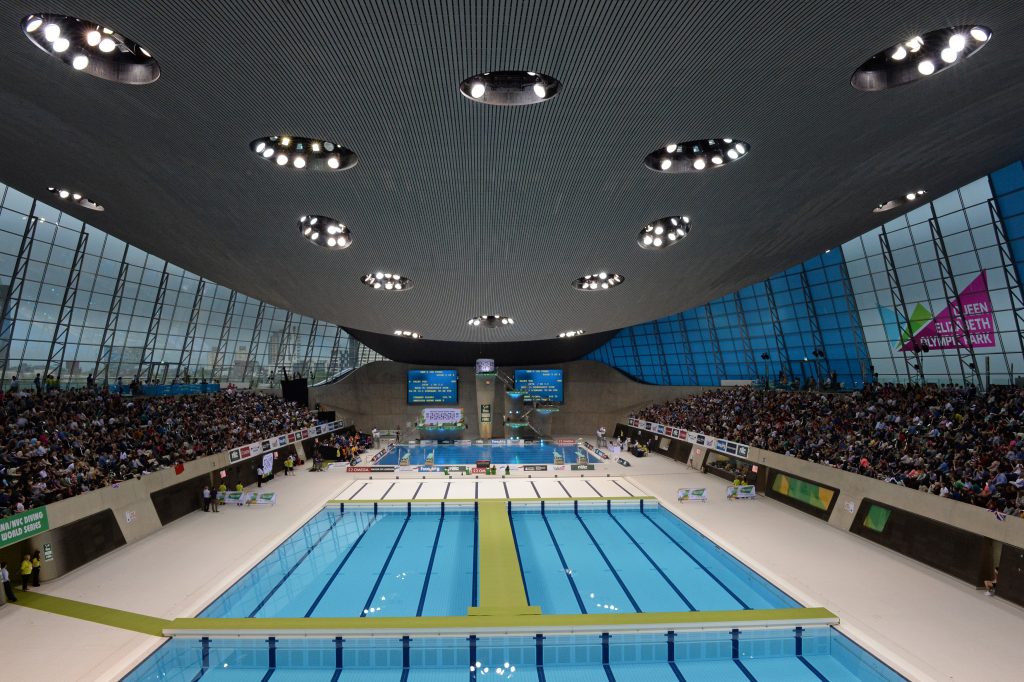 The London Aquatics Center, host of the 2012 Paralympics

“The atmosphere in London was magic,” says Snyder wistfully. “I don’t subscribe to destiny or predetermination, but I have to admit that standing there in the London Aquatics Center in front of over 18,000 fans… there was an undeniable feeling of serendipity.”

Snyder entered the meet as the top-qualifier and prohibitive favorite, but as the finals of the 400 meter freestyle drew near – butterflies began to take flight.

“There were lots of nerves before the race,” says Snyder. “I remember thinking What if I screw up? I knew that everything was there for the taking – everything I had worked for – and I didn’t want to let anyone down. But at the end of the day, you just have to rise above it all. You can’t allow for that negativity or cynicism. You have to stay positive and fight to be the best version of yourself.”

On September, 7, 2012, exactly one year to the day since the explosion in Panjwayi, Bradley Snyder won a gold medal. Dauntless, it was as if all the turbulence, trauma and uncertainty came pouring out of him with every stroke. He flew through the pool like a torpedo, and when it was all over, his coach leaned down to the water where Bradley was gasping for air, and said, simply, “Brad, you won.”

The crowd thundered. His family was overjoyed, delirious with emotion. Snyder, remembering all the nights his mother had stayed with him in the hospital, smiled, gently put the gold medal around her neck and said to her, “We won this together.” 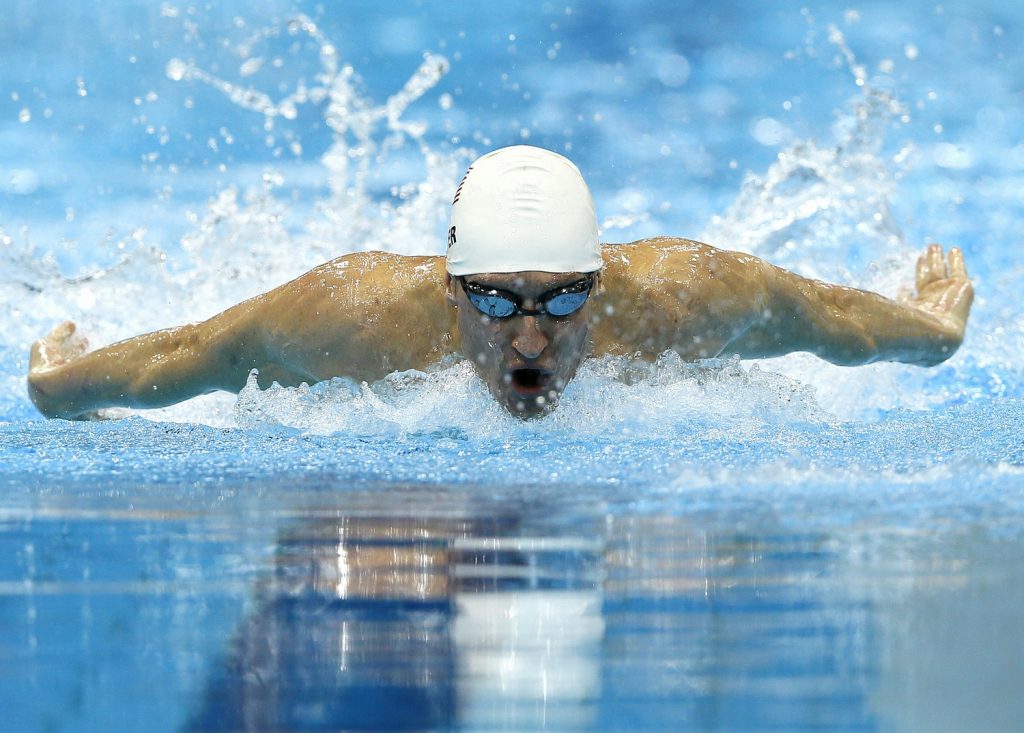 One year after losing his vision in Afghanistan, Snyder took gold in London

“I’ve been clean my entire life. Otherwise, everything I’ve done athletically, it would all be meaningless. It takes courage to compete clean.”

These days, Bradley Snyder splits his time between the pool and the lecture circuit. He has met the President of the United States and the prince of England. He has given commencement addresses and works with companies to develop user-friendly tools for the blind. In telling his story, he helps give hope to those who need it most.

Snyder is 31 years old now, and with Rio 2016 just a year away, he’s training harder than ever. And while some days are easier than others, he says he experiences few, if any, truly dark moments. Instead, the issues of years past have been replaced by lighter frustrations such as trying to navigate the internet. Laughing, he pokes fun of himself for taking half an hour to buy dog food online. His optimism is unassailable.

Snyder also finds time to serve as an ambassador for True Sport, a community-based movement that champions the positive values and life lessons learned through athletics. In doing so, he has become a major proponent of sportsmanship, fair play and the preservation of a level playing field. He’s proud to be a clean athlete.

“Courage,” he continues, his words gaining momentum like a freight train. “Courage means rising above the negativity, even when you’ve been dealt a bad hand. It means never giving up. Courage isn’t shooting guns or jumping out of airplanes, it’s standing up for the guy next to you. In athletics, courage is taking a risk, doing it the right way and digging deeper than you thought you could. Courage is a habit; it’s brotherhood. Courage makes the world a better place. Courage means that I’m never going to give up on you… so don’t you ever give up on me.”