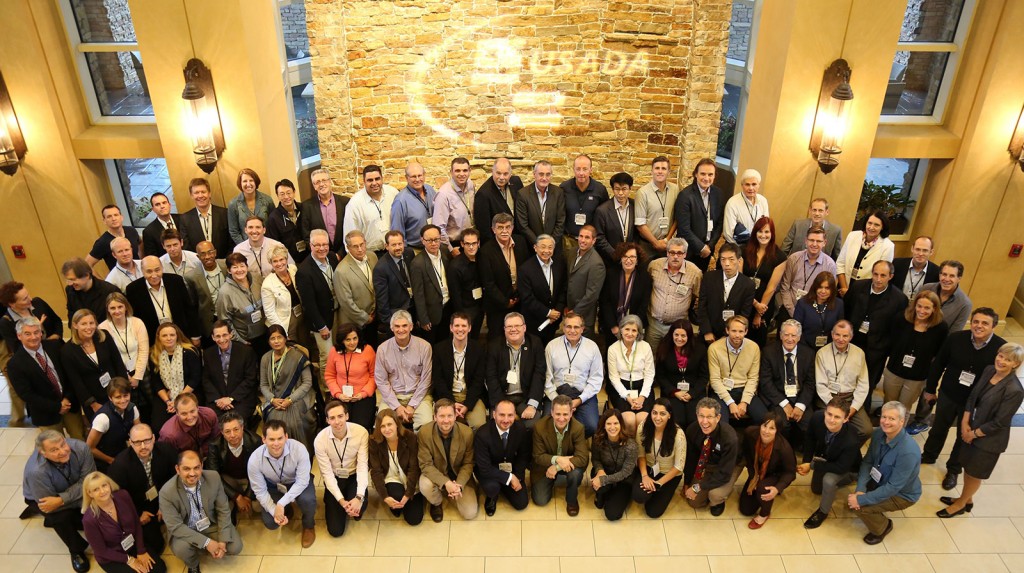 Basic Concepts of Compliance and Concurrence

The United States Anti-Doping Agency’s 14th annual Symposium on Anti-Doping Science took place from Oct. 3-5 at the Lansdowne Resort in Leesburg, Va. Located just 35 miles from our nation’s capital, the symposium was comprised of a global network of anti-doping experts, including scientists from both WADA accredited laboratories and National Anti-Doping Organizations, as well as academic experts representing institutions throughout the United States and United Kingdom. Tasked with exploring the critical challenges currently facing the anti-doping community as well industry wide best practices, this year’s symposium was centered on the role of deterrence and how it can be used to cultivate a more effective global anti-doping effort.

A question was posed to a room full of laboratory scientists at USADA’s 14th annual Symposium on Anti-Doping Science: “How do we get athletes to buy in to anti-doping programs?” It was not a question that could be answered that morning, but it was one that got everyone in the room thinking about the large undertaking facing National Anti-Doping Organizations (NADOs), the Olympic movement, and sports in general.

Each year, the USADA Symposium on Anti-Doping Science takes one aspect of the anti-doping world and drills down on that topic for three days. This event brings scientists from around the world together to collaborate and problem solve about on a singular topic in order to best serve clean athletes worldwide. This year’s Symposium, held at the Lansdowne Resort in Leesburg, VA, focused on “Designing an Effective Deterrence Program.”

Dr. Michael McNamee from Swansea University, in Swansea, Wales, discussed the issue of athlete compliance with anti-doping rules and how that varied from what Anti-Doping Organizations (ADOs) are ultimately trying to achieve – athlete concordance with anti-doping rules. Concordance requires a mutually beneficial contract between sport leadership and athletes. McNamee pointed out that this requires proportionality; harmonization and homogeneity; transparency; taking sports multiculturalism seriously; developing appropriate methodologies to research anti-doping attitudes and methods; and aligning anti-doping with other issues currently threatening the integrity of sport. Concordance is a necessary, long-term, comprehensive strategy requiring adequate resources and commitment.  Developing effective deterrence and punitive measures, as well as accurate and reliable testing programs will contribute to compliance with anti-doping rules as sport moves toward concordance.

The most important factor in determining compliance with rules is an individual’s moral inhibitions. Adult athlete education must include moral lessons and rational decision-making. Dr. Stoll, from the University of Idaho, stated in her presentation that there is a natural progression, but one that is not linear, between moral knowing, moral feeling, and moral action. Stoll said human beings naturally fluctuate among the three at various points in their lives. Best practices in education, Stoll said, would include lessons that encourage athletes to think about their moral journey and challenge them about where they stand and why. According to Stoll, moral education is a prerequisite to being a responsible citizen in a moral community. Building moral communities of athletes is a goal ADOs should aim for among their athlete populations. Education of younger athletes should focus on the important outcomes of sport like fair play, teamwork, hard work, and excellence.

While direct detection of prohibited substances and adverse analytical findings tend to get most of the attention in the world of anti-doping, perceptual deterrence is the idea that by creating a framework in which the costs of unethical decision making always outweigh the benefits, we can deter the majority of athletes from making the decision to dope from the outset. By unifying efforts in rule-making, testing, science, education, adjudication and sanctions, the anti-doping community can help to maximize the role deterrence plays. The foundation for this type of compliance system is three-part:

Of the three, certainty of being detected is the most important to those athletes who are deterrable. Increasing the certainty, severity and celerity results in higher levels of deterrence. Morally inhibited individuals conform to the rules without the threat of sanction.

Check out Part II and Part III of the 2015 Science Symposium Recap.