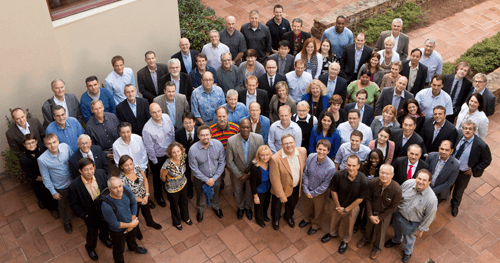 The symposium titled “Deterring Athletes from Using Performance-Enhancing Drugs.” The objective of an anti-doping program is to deter athletes from using banned performance-enhancing drugs (PEDs). One approach to deterring drug use is the perceptual deterrence model which assumes that athletes make rational decisions about drug use after weighing the risks and benefits. General deterrence is defined as what happens when detecting and sanctioning one athlete results in other athletes choosing not to use PEDs. USADA has developed an Excel-based model based on perceptual deterrence. The 2012 Annual Symposium lectures and discussions were organized to stimulate discussion about how perceptual deterrence concepts can influence sample collection strategies, guide laboratory testing and research, and impact direct and indirect sanctions to increase the risks associated with doping in a cost effective way. Held annually, the USADA Symposium on Anti-Doping Science is designed to enable the medical and science communities to gather and discuss the science behind doping with the potential for developing a uniform testing scheme, a research agenda and timeline, and to make the science and legal aspects of testing more efficient. Previous USADA symposia focused on “Detection of Growth Factors” (2011); “Emerging Technologies” (2010); “Detection of Enhancement of Oxygen Transport: Seven Years of Progress” (2009); “Mitochondria to Proteins: New Challenges for Anti-Doping Science” (2008); “Oxygen Transport and Energy Production” (2007); “Intra-Individual Reference Ranges” (2006); “Muscle Development & Recovery: Implications for Doping Control” (2005); “Detection of Human Growth Hormone Abuse in Sport” (2004); “Application of Gas Chromatography – Combustion – Isotope Ratio Mass Spectrometry to Doping Control” (2003); and “Oxygen Transport Enhancing Agents and Methods” (2002).