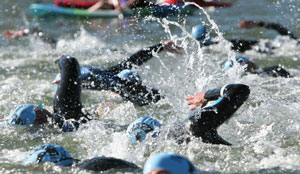 USADA announced today that Ashley Paulson, of Pleasant Grove, Utah an athlete in the sport of triathlon, has accepted a 6-month sanction for an anti-doping rule violation after testing positive for a prohibited substance from a contaminated supplement.

Paulson, 34, tested positive for ostarine, a selective androgen receptor modulator (SARM), as the result of an out-of-competition urine sample collected on September 14, 2015. SARMs are prohibited under the USADA Protocol for Olympic and Paralympic Movement Testing, the United States Olympic Committee National Anti-Doping Policies, the International Triathlon Union (ITU) Anti-Doping Rules and the World Triathlon Corporation Anti-Doping Rules, all of which have adopted the World Anti-Doping Code and the World Anti-Doping Prohibited List. Subsequent examination and testing of a supplement Paulson used revealed that it was contaminated with ostarine.

Paulson’s period of ineligibility began on October 16, 2015, the date on which she received notice of a provisional suspension. In addition, Paulson has been disqualified from all competitive results obtained on and subsequent to September 14, 2015, the date the sample was collected, including forfeiture of any medals, points and prizes.