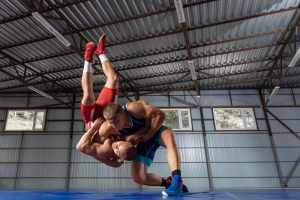 USADA announced today that Ben Provisor, of Des Moines, Iowa, an athlete in the sport of wrestling, has accepted a 16-month suspension for an anti-doping rule violation.

Provisor, 32, tested positive for amphetamine as the result of an in-competition urine sample he provided at the Final X wrestling event on June 3, 2022. Amphetamine is a Non-Specified substance in the class of Stimulants and is prohibited in-competition under the USADA Protocol for Olympic and Paralympic Movement Testing, the United States Olympic and Paralympic Committee National Anti-Doping Policy, and the United World Wrestling Anti-Doping Rules, all of which have adopted the World Anti-Doping Code and the World Anti-Doping Agency Prohibited List.

After a thorough review of the case, including the examination of medical records provided by the athlete, USADA determined that Provisor’s positive test was caused by a medication, which he was using in a therapeutic dose and had previously been prescribed by a physician. Provisor, however, lacked a current prescription and a valid Therapeutic Use Exemption (TUE) at the time his urine sample was collected. Provisor has since obtained a prospective TUE through the established process under the International Standard for TUEs authorizing therapeutic use of this medication in sport.

Provisor’s 16-month period of ineligibility began on July 11, 2022, the date his provisional suspension was imposed. In addition, Provisor has been disqualified from all competitive results obtained on and subsequent to June 3, 2022, the date his positive sample was collected, including forfeiture of any medals, points and prizes.