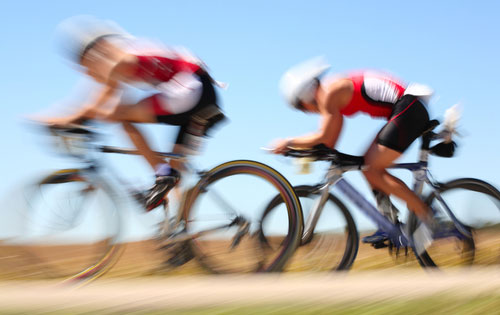 USADA announced today that Kimberly Ciolli, of Austin, Texas, an athlete in the sport of cycling, has tested positive for multiple prohibited substances and accepted a two-year sanction for the anti-doping rule violation.

Ciolli, 47, provided an in-competition urine sample on June 11, 2016, at the St. Francis Tulsa Tough in Tulsa, Okla., as a part of the RaceClean Program that works to fight doping at the amateur level of cycling.

Her sample tested positive for the stimulant proplyhexedrine and the presence of an exogenous androgenic anabolic steroid and/or its metabolites, which was confirmed by Isotope Ratio Mass Spectrometry analysis. Proplyhexedrine is prohibited in-competition, and Anabolic Agents are prohibited at all times under the USADA Protocol for Olympic and Paralympic Movement Testing (the Protocol), the United States Olympic Committee (USOC) National Anti-Doping Policies (USOC NADP), and the International Cycling Union (UCI) Anti-Doping Rules, all of which have adopted the World Anti-Doping Code (Code) and the World Anti-Doping Agency Prohibited List.

After a thorough review of the case, including Ciolli’s medical records, USADA has accepted her explanation that the substances were contained within a prescription medication and an over-the-counter product she was taking in a therapeutic dose under the care of a qualified physician without the intent to enhance her athletic performance. However, Ciolli lacked a valid Therapeutic Use Exemption (TUE).

Ciolli’s period of ineligibility began on June 11, 2016, the date her positive sample was collected. In addition, Ciolli has been disqualified from all competitive results obtained on and subsequent to June 11, 2016, including forfeiture of any medals, points, and prizes.

USADA regularly reminds athletes that a positive test can result from the use of common over-the-counter products, thus it’s critical that athletes check all the medications they are using for prohibited substances before use. Global Drug Reference Online (www.GlobalDro.com) is a trusted and easy-to-use resource which athletes can check brands and ingredients for their prohibited status in sport.