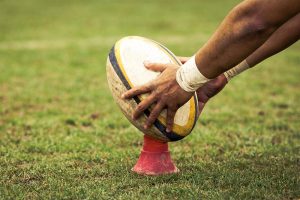 USADA announced today that Riekert Hattingh, of Sylvania, Ohio, an athlete in the sport of rugby, has accepted a six-month period of ineligibility for an anti-doping rule violation.

After a thorough review of the case, including the examination of medical records provided by the athlete, USADA determined that Hattingh’s positive test was caused by a medication prescribed in a therapeutic dose under the care of a physician. Although the substance was taken at the direction of a physician and satisfied the requirements for a prospective Therapeutic Use Exemption (TUE), the Code requires that athletes obtain a TUE before using a prohibited substance, which Hattingh failed to do. Hattingh has since discontinued use of this medication.

Under the World Anti-Doping Code, an athlete’s period of ineligibility for using a prohibited substance may be decreased if the athlete lacks significant fault for the anti-doping rule violation. In this instance, USADA determined that Hattingh’s reduced degree of fault justified a reduction to six months.

Hattingh accepted a six-month period of ineligibility that began on August 4, 2022, the date he accepted this sanction. In addition, Hattingh’s competitive results obtained on March 27, 2022, the date his positive sample was collected, have been disqualified, including forfeiture of any medals, points and prizes.