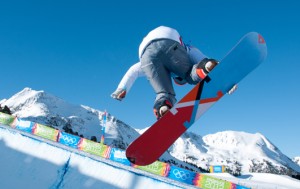 USADA announced today that, Tyler Flanagan, of Mammoth Lakes, Calif., an athlete in the sport of snowboarding, has accepted a two-year suspension for an anti-doping rule violation based on his refusal to submit to a sample collection.

On March 14, 2013, Flanagan, 20, refused to provide a sample as requested by a doping control officer during an out-of-competition test. Under the USADA Protocol for Olympic and Paralympic Movement Testing and the International Ski Federation (FIS) Anti-Doping Rules, both of which have adopted the World Anti-Doping Code, an athlete’s refusal to provide a sample when notified that he has been selected for doping control constitutes a rule violation.

Flanagan accepted a two- year period of ineligibility, which began on May 8, 2013 the day he accepted the sanction. As a result of the sanction, Flanagan is also disqualified from all competitive results obtained on and subsequent to March 14, 2013, the date upon which he refused to submit to sample collection, including forfeiture of any medals, points, and prizes.