Unlike an adverse analytical finding, a non-analytical anti-doping rule violation (ADRV) does not stem from a positive urine or blood sample, but instead originates from, and is substantiated by, other evidence of doping or violations by an athlete or athlete support personnel. For example, a non-analytical ADRV may stem from an investigation into a tip to a confidential hotline.

Non-analytical ADRVs can be important because these types of cases and investigations have led to the discovery of large performance-enhancing drug (PED) trafficking operations, as well as the use of new designer drugs or doping methods that are harder to detect through testing. These types of cases, which are built on evidence other than a positive drug test, are called “non-analytical” cases because they do not start with laboratory analysis of a sample.

The Role of Investigations

Outside of our strategic testing plan, USADA’s investigative operations and the help of those inside sport, including whistleblowers, are key to our efforts to detect and deter doping. By investigating tips to our anonymous tip line, USADA ensures that the people with the most direct awareness of potential doping activities have a way to share that information with professionals who can gather and act on evidence of doping, PED trafficking, or other violations.

Per the World Anti-Doping Code, we make every effort to securely and confidentially obtain anti-doping intelligence from all possible sources, such as athletes, coaches, and medical professionals. Depending on the nature of the case, investigations may also involve collaboration with law enforcement or other authorities.

Over the years, USADA’s investigative work has increased significantly, supported by an increase in quality anti-doping intelligence, which has also led to an increase in sanctions. In fact, the number of sanctions USADA imposed nearly doubled between 2015 and 2016, due in part to investigations and non-analytical ADRVs.

The Power of Anti-Doping Intelligence

USADA’s investigation into one of the most extensive sports doping conspiracies to ever be uncovered in the United States was launched because of information provided by an anonymous source. On June 5, 2003, an anonymous telephone caller informed USADA that a designer steroid was being distributed to athletes by Victor Conte at the Bay Area Laboratory Co-Operative (BALCO). Following that conversation, the caller overnighted USADA a syringe containing an unknown clear liquid substance, which made it possible for USADA to launch efforts to identify the substance and carry out a successful investigation in collaboration with the federal government.

As a result of the information provided by this courageous source, more than two dozen individuals were held accountable for violating the integrity of sport, and there were a number of non-analytical ADRVs involved. The BALCO operators, coaches, and an event organizer also received penalties for their complicity in the doping scandal. 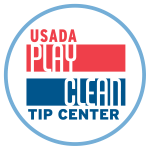 Good information from individuals knowledgeable about what is happening in their sport is the foundation for effective investigations that may lead to non-analytical anti-doping rule violations. This  means every person has a role to play in the fight for clean sport and it’s why we say, “If you know something, say something.”

By contacting the Play Clean Tip Center, you can confidentially report doping to USADA, which means you can remain anonymous throughout USADA’s investigation and any resulting disciplinary proceedings.