In the Food-First Nutrition series, Olympians, Paralympians, and elite athletes share how they maintain the strength and energy they need to compete at the highest levels of sport through a food first approach. For more information on the best foods for athletes, check out the TrueSport Nutrition Guide.

From Lauryn Williams: My Breakfast Strategy

The word breakfast means to BREAK A FAST. People forget about that. When you get up in the morning, it’s time to eat! 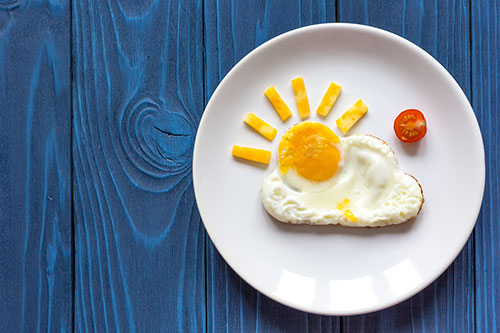 THE SCIENCE: Athletes who train early in the morning, before eating or drinking, risk developing low blood glucose levels, as well as a poor performance, due to a decreased ability to concentrate and an increased perceived exertion...

After a good night of rest, breakfast is about prioritizing getting your body enough fuel. It’s really important to have that balance of protein and carbs, along with fiber and healthy fats. My approach is to keep it balanced, but light. I also like to keep it local. It’s ideal to do a lot of local fruits and buy what’s in season.

THE SCIENCE: Lean animal sources of protein (i.e. dairy and meats) are more efficiently digested and absorbed by the body. Learn more about Protein’s role as a team player..

I’ll usually start the morning with a bowl of tropical fruit to get my fruit in early. For protein, I also make some boiled or scrambled eggs. Eggs are the easiest thing to do! They hardly take any time and you can always boil eggs the night before. This combination of fruit and protein helps me refuel in the morning, but it’s also light, so I don’t feel like I need to go back to bed after eating because I’m so weighed down.

THE SCIENCE:  Fat is a primary fuel source for light to moderate intensity exercise. Learn more about Dietary Fat.

My overall approach to food – and life – is to focus on the opportunities, not the obstacles. People tend to focus on what they can’t have, and that creates stress, but it’s really about focusing on what you can do. When you think about it, there are so many options, so many fruits and veggies for example, and so many recipes and ways to prepare things. Do what works best for your body and don’t deprive yourself! 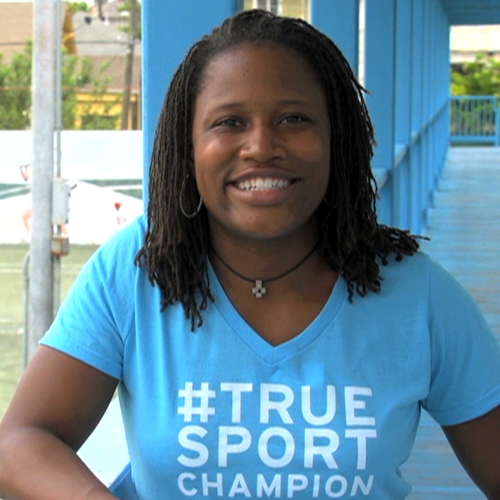 A three-time Olympic medalist, Lauryn Williams is best known for becoming only the second athlete in history to earn Olympic medals in both a summer and winter sport. As a sprinter, Lauryn won silver in the 100-meter in Athens in 2004 and took home gold in the 4×100 in 2012 at the London Games. After retiring from track and field, she was immediately introduced to bobsled and soon joined pilot Elana Meyers Taylor to train for the 2014 Games. After just six months together, the pair took home silver in the two-woman bobsled race in Sochi. Now retired, Lauryn is TrueSport Ambassador and certified financial planner for athletes.
Scroll to Top
Our website uses cookies.
We use anonymous data provided by cookies to give you the best website experience possible, including integration with social media.
Cookie settings ACCEPT REJECT
Read our Privacy Policy
Privacy & Cookies Policy