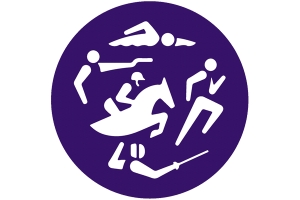 USADA announced today that Logan Storie, of Fayetteville, N.C., an athlete in the sport of pentathlon, has accepted a six-year suspension for his second anti-doping rule violation. Storie’s first violation was announced on February 24, 2017, when he received a 15-month suspension from Union Internationale de Pentathlon Moderne (UIPM) after testing positive for androsterone and etiocholanolone.

Storie, 32, tested positive for ostarine (enobosarm) and GW1516 (GW501516), as well as LGD-4033 (ligandrol) and its metabolite di-hydroxy-LGD-4033, as the result of a sample collected out of competition on October 23, 2020. Ostarine and LGD‐4033 are Non-Specified Substances in the class of Anabolic Agents, while GW1516 is a Non-Specified Substance in the class of Hormone and Metabolic Modulators. Each of these substances is prohibited at all times under the USADA Protocol for Olympic and Paralympic Movement Testing, the United States Olympic and Paralympic Committee National Anti-Doping Policy, and the UPIM Anti-Doping Rules, all of which have adopted the World Anti-Doping Code (the Code) and the World Anti-Doping Agency (WADA) Prohibited List.