In 2015, by partnering with UFC, USADA implemented the first independent anti-doping program in U.S. professional sport. This program helped UFC position itself at the forefront of the fight for clean sport in mixed martial arts. Athletes have since reported that competing in a sport with a strong, year-round anti-doping program, like the UFC’s, is important to them. The UFC Anti-Doping Program gives them confidence that they are competing in a clean Octagon.

USADA provides UFC with a centralized and consistent anti-doping experience for more than 550 athletes, in more than 54 countries, navigating more than 12 languages. Our goal is to ensure every athlete has the opportunity to be successful under the UFC Anti-Doping Program and is able to compete on a fair and level playing field.

The UFC Anti-Doping Policy is modeled on key elements of the World Anti-Doping Code and executed with the same commitment to excellence that USADA is known for around the world, which both protects the safety of UFC athletes and adds legitimacy to the sport. 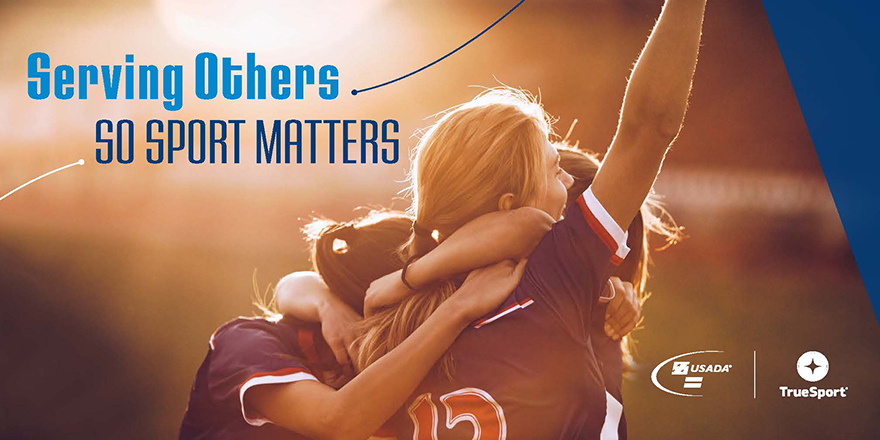 GABE BAIDA, UFC & Premier Sports Director: USADA got started back in 2001 and we are congressionally authorized as the official national anti-doping organization in the United States. I think what sets us apart from the competition, so to speak, is, there aren’t too many organizations out there that can offer a truly independently administered anti-doping program that allows for transparency, that allows us to make complete decisions when it comes to testing athletes and adjudicating athletes.

LAWRENCE EPSTEIN, UFC Chief Operating Officer: An integral part of our health and safety program, of course, is our partnership with USADA. And what we believe to be the most comprehensive drug testing program in all professional sport. The first thing you have to do to make sure the sport is safe, is to make sure that the athletes aren’t cheating. So, you can do a lot of things with, you know, making a safer octagon, for example, or a variety of things. But the most important thing, frankly, you can do, is make sure that athletes aren’t using performance-enhancing drugs to increase their performance.

DAVID SHAW, UFC Senior VP of International and Content: We want to have the most world-class athletes compete in our organization. And we don’t want anyone to ever call into question the credibility or the integrity of the competition that we’re putting in place.

JEFF NOVITSKY, UFC VP of Athlete Health and Performance: One of the reasons we went with USADA to administer our program was that they’d been around, I think, longer than any national anti-doping agency, they have those contacts worldwide to effectively administer a program. We have over 550 athletes, I think, spread amongst, last count, 46 countries.

DAVID SHAW, UFC Senior VP of International and Content: You know, no small organization could do that and you need to have the institutional rigor to be able to get out and connect one-on-one with athletes to, first of all, go through the education component of it, and obviously to conduct the tests. And so, I don’t think there’s any other organization that could actually administer this program the way that USADA has.

LAWRENCE EPSTEIN, UFC Chief Operating Officer: Here we are almost three years into this program, and the support from the athletes, number one, has been key. I’ve actually had members of athletes’ families speak with me and say thank you for doing this, this is something that’s important to make sure that the sport is fair.

MALE UFC ATHETE: You competing with somebody that may be unclean, it might make you think twice about the sport. So, I think, having USADA in it and having just the level of testing and the level of scrutiny, it’s going to take the sport to another level.

DAVID SHAW, UFC Senior VP of International and Content: To have a program like this, that’s administered all over the world, 550+ athletes in the UFC across 46 countries, it’s really a way to create a world-class anti-doping policy.

LAWRENCE EPSTEIN, UFC Chief Operating Officer: When you sit down and speak with a legislator or minister of sport or staff member at a sports ministry, and you start walking them through the things that we do, and then you start talking about this drug testing program, they sit up a little bit straighter.

DAVID SHAW, UFC Senior VP of International and Content: We want to be held in the highest regards in terms of franchises, sport properties around the world. When organizations take you seriously, those principles are built up on a number of factors, and one of those pillars, I should say, is unequivocally the USADA program.

GABE BAIDA, UFC & Premier Sports Director: We are, obviously, an integrity-based organization and committed to do the right thing, ensuring athletes have the opportunity to compete on a fair and level playing field. We’re here to partner with organizations that are interested in helping us create a culture of clean sport.